If I should stay,
I would only be in your way.
So I'll go, but I know
I'll think of you every step of the way.

Bittersweet memories
that is all I'm taking with me.
So, goodbye. Please, don't cry.
We both know I'm not what you, you need.

I hope life treats you kind
And I hope you have all you've dreamed of.
And I wish to you, joy and happiness.
But above all this, I wish you love. 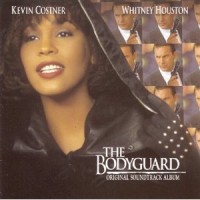 "I Will Always Love You" is a song by American singer-songwriter Dolly Parton. The country track was released on June 6, 1974 as the second single from Parton's thirteenth solo studio album, Jolene (1974). Recorded on June 13, 1973, the singer wrote the song for her one-time partner and mentor Porter Wagoner, from whom she was professionally splitting at the time. "I Will Always Love You" received positive comments from critics and attained commercial success, reaching number one on the Billboard Hot Country Songs chart two times. With the accomplishment, Parton became the first artist ever to earn a number one record twice with the same song as a singer, and three times as a writer. "I Will Always Love You" is the second song ever to reach the top three on the Billboard Hot 100 in separate chart runs.

Whitney Houston recorded a version of the song for the 1992 film The Bodyguard which is one of the best selling singles of all time by a female artist.

The film's original soundtrack won the 1994 Grammy Award for Album of the Year. "I Will Always Love You", became the best-selling single by a female artist in music history. With the album, Houston became the first act (solo or group, male or female) to sell more than a million copies of an album within a single week period under Nielsen SoundScan system.

On February 11, 2012, Houston was found dead in her guest room at the Beverly Hilton Hotel, in Beverly Hills, California. Toxicology reports later showed that she had accidentally drowned in the bathtub due to the effects of chronic cocaine use and heart disease. News of her death coincided with the 2012 Grammy Awards and featured prominently in American and international media.

This information is credited to: Wikipedia

Thank You Lord for blessing me with the ability to hear this incredible voice… And to appreciate her talent. She may be with You now, but I'm sure I'm not the only one grateful for the music she left behind.

1 thought on “I Will Always Love You Whitney Houston Lyrics”