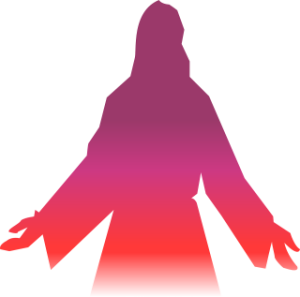 As you probably know, a few years back, there was a question that became very popular among Christians, that were not sure how to handle certain situations that would arise in their lives… and that question was “What would Jesus do?” Many times this question would bring to light the answer to whatever dilemma the person was facing.

Truth be known, this question has helped me personally quite a few times, even if I wasn’t the one facing the dilemma. It provided clarity on issues I hadn’t thought about. Perhaps you too have applied this question to issues in your life. If so, I’m sure you’re glad to have such a question to use. I know I am.

Over the years I have been so amazed by song writers that have been able to create simple lyrics with music, and in a matter of minutes (sometimes even less) move me emotionally. In under 5 minutes (in most cases), they can tell a story with words that rhyme, that pull directly at my heartstrings. Does this ever happen to you?

I’ve often thought that perhaps it is because of my musical background ( I use to be a drummer in a Top 40 band back in the ’70s), but I don’t think it is. In any case, I want to tell you about how this video came to be.

One day I was sitting in my club basement, which is where I spend most of my time (my man cave), and I was just kind of talking to the Lord and thinking about the things going on in my own life (like we all do), and this idea popped in my mind. The idea consisted of 4 words… the same 4 words that are the title of this page (What Would Jesus Sing?).

That was it. There were no details… just those words. I didn’t know anything about any video that the Lord was coaxing me to make. In fact, at first, I thought I would write a song with that title and sing the song myself while playing my guitar. Oops! I forgot to tell ya, I also play guitar just a bit, but I would not call myself a guitarist by any means, which is probably why the video idea (when it did come along) seem like the thing to do.  I’m sure the song, had I decided to go that route, would have been very similar, because my intention was to somehow connect the same songs that ended up in the video.

It did take me over 2 months to put all the pieces together, while picking and choosing the song clips that would make my points. I don’t know if anyone else has ever noticed this before, but for as long as I can remember, there have been song lyrics that seem to be applicable to God or Jesus communicating love to us. After eliminating many other songs, the video above is what I’ve come up with. I hope you enjoy it as much as I do.

1 thought on “What Would Jesus Sing?”

This site uses Akismet to reduce spam. Learn how your comment data is processed.