The video above is NOT The Beatles. Trust me I'm just as sorry as you are. I originally had The Beatles video in its place but there is now some sort of copyright infringement going on with Beatle music again. If it ever gets resolved I'll be sure to replace the one above with the "real" Beatles. BTW, the video above is sung by the cast of glee. I think you'll agree, they do a pretty nice cover.

There are places I remember
All my life, though some have changed
Some forever not for better
Some have gone and some remain 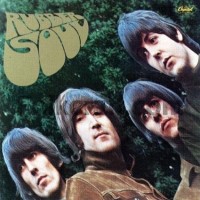 In My Life" is a song by The Beatles written by John Lennon and Paul McCartney. The song originated with Lennon, and while McCartney contributed to the final version, the extent of his contribution is in dispute. George Martin contributed the instrumental bridge. Released on the 1965 album Rubber Soul, it is ranked 23rd on Rolling Stone's "The 500 Greatest Songs of All Time" as well as fifth on their list of The Beatles 100 Greatest Songs. The song placed second on CBC's 50 Tracks. Mojo magazine named it the best song of all time in 2000.

This information is credited to: Wikipedia
http://en.wikipedia.org/wiki/In_My_Life

1 thought on “In My Life with Lyrics by The Beatles”